Microsoft is finally putting MS Paint in the Microsoft Store — nearly four years after trying to replace the app with Paint 3D. The change is part of the latest Windows 10 Insider Preview, which also makes its Snipping Tool updatable via the Microsoft Store.

Back in 2017, Microsoft introduced the Windows 10 Fall Creators Update and announced it would no longer actively develop Microsoft Paint. Instead, the company tried to push a replacement called Paint 3D, which featured 3D image manipulation tools as well as 2D image editing. Needless to say, Windows users were not happy with the decision.

Microsoft soon realized the error of its ways and announced it would add MS Paint to the Microsoft Store as a way for everyone to download it for free. It never actually stripped MS Paint from Windows 10, but with the newest Windows 10 Insider Preview, it’s finally making the beloved application updatable via its store.

“MSPaint is now updatable via the Microsoft Store outside major OS updates,” Microsoft said in a blog post. “It also has a new icon and has been promoted out of the Windows Accessories folder to its own place in the Start menu.”

As for Paint 3D, that app will no longer be part of fresh Windows 10 installations. Instead, the app, along with 3D Viewer, will also live on in the Microsoft Store. Speaking of which, Microsoft is also making a Snipping Tool, which has been combined with Snip & Sketch, updatable via the Microsoft Store. That means it’ll be updated outside major OS updates.

The changes are part of the Windows 10 Insider Preview Build 21354, which features new personalization options for news and interests on the taskbar, improvements to display settings, and several bug fixes and enhancements. You can see the full changelog for the release right here. 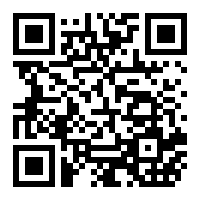