Kodi 20 has officially been updated by the Kodi development team with an “Alpha 3” release.

The following article shows the new features, updates, and changes within Kodi 20 which have been pulled directly from the official Kodi Website.

Important Note: This is NOT a stable version of the Kodi software.  This is a pre-release which means it is still in development and there will be bugs/issues.  Kodi 19.4 is the most stable release of Kodi.

The press release from the official Kodi website states the following on the “Alpha” release of Kodi 20 Nexus:

“This is a major release, so, as you’d expect, it comes with many new features. However, it will inevitably cause problems for some people, which is why we’ll go through a more traditional Alpha/Beta/Release Candidate model.

As such, then, please be aware that installing this will inevitably break things, and we’d really like your help at that point to identify the problems and get them fixed.”

Since this is an “Alpha” release we don’t recommend updating your current version of Kodi, especially if your current setup is working well. Version 20 has not yet been officially released and is still in the development phase.

Important – TROYPOINT has tested Kodi 20 with various 3rd party add-ons and many of them do not work properly.

Kodi 20 brings numerous new features to this popular software on all of its compatible devices. The Kodi Nexus developers have done a fantastic job squashing a large number of bugs in a quick period of time.

Below are the bug fixes and new features pulled directly from the official Kodi Website.

On September 18th, 2022, the official Kodi Website released an Alpha 3 version of Kodi 20.

Your online activity is logged by your Internet Service Provider, app/addon devs, and government through your identifying IP address.

Surfshark will encrypt your connection to the Internet and mask your identifying IP address so you will become anonymous.

Surfshark backs their service with a 30-day money back guarantee.

Install Kodi 20 with the TROYPOINT App

If you do want to install Kodi 20 and test it out, you can do this through the free TROYPOINT Rapid App Installer.

The TROYPOINT App includes the Rapid App Installer which allows you to install all of the best streaming apps and tools in a matter of minutes.

You will also find Troy’s latest videos as well as an Internet Speed Test tool.

Get the Free TROYPOINT App with the Rapid App Installer & More

For Firestick and Fire TV Users, the following links will provide you with installation guides and updating guides for your preferred device:

When using the install method linked below, you must choose Kodi 20 Nexus from the Rapid App Installer.

How to install Kodi on a Firestick

iOS (Must have jailbroken device)

ARM32 is no longer supported in Kodi 19 and beyond.

Use the following commands in your Linux/Ubuntu terminal to install Kodi 20.  Follow the prompts as you would with any other software installation.

Remember, by installing a repository, you will have the freedom to choose different streaming add-ons for your enjoyment. TROYPOINT’s list of the Best Kodi Add-ons can be found by clicking the link below.

If you are looking for a simple way to install the best add-ons and repositories quickly and efficiently, I suggest using a Kodi Build. Click the link below for a list of the Best Kodi Builds at this time.

This page includes affiliate links where TROYPOINT may receive a commission at no extra cost to you. Many times, you will receive a discount due to the special arrangements made for our visitors. I will never promote something that I personally don’t use or recommend. Purchasing through my links directly supports TROYPOINT which keeps the content and tools coming. Thank you! 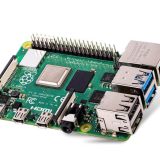 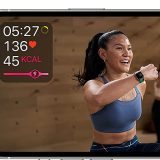